What’s Sleep? The Importance of Sleep For Productivity | Part 2 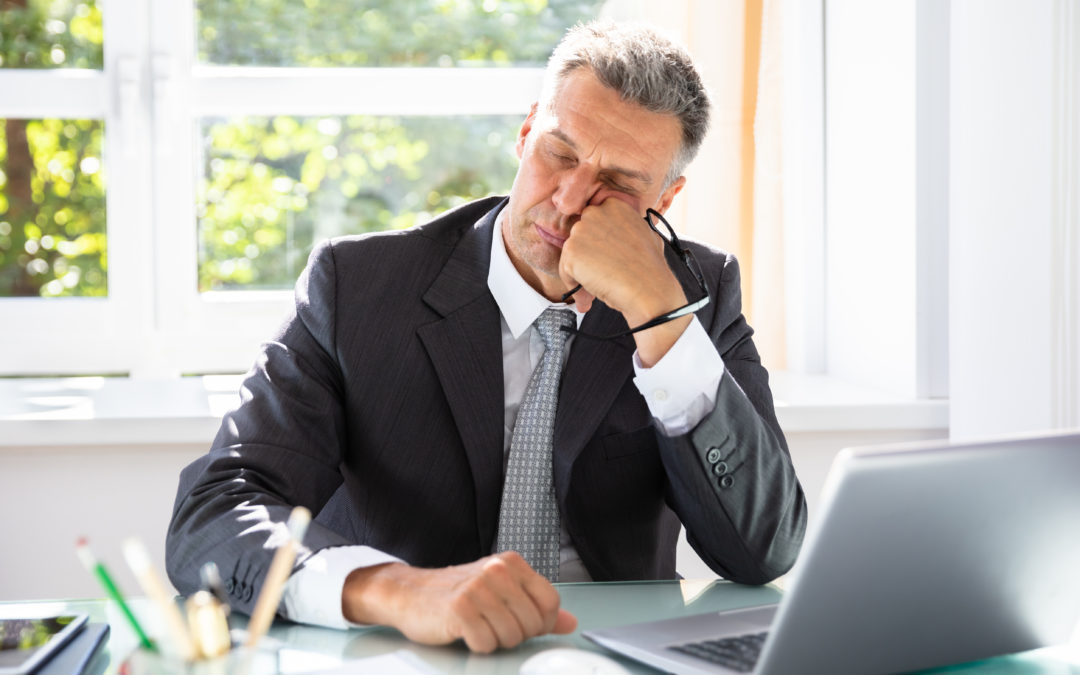 People say, ‘I’m going to sleep now,’ as if it were nothing. But it’s really a bizarre activity. ‘For the next several hours, while the sun is gone, I’m going to become unconscious, temporarily losing command over everything I know and understand. When the sun returns, I will resume my life.’

It’s when we close our eyes – preferably in bed, because embarrassingly for some of us, it can happen anywhere, even in a business meeting room – and for many hours escape from our daily routine, plunging into the depth of another realm, into a fantasy world of possibilities, our very own creative film studio of dreams and recalled memories, and then wake up again, hopefully restored, but almost totally unaware of what we’ve just experienced!

I prefer my own definition of sleep, or even George Carlin’s in the above quote, but to give you a more scholarly spin, here’s Wikipedia’s definition:

“Sleep is a naturally recurring state of mind and body, characterized by altered consciousness, relatively inhibited sensory activity, reduced muscle activity and inhibition of nearly all voluntary muscles during rapid eye movement (REM) sleep, and reduced interactions with surroundings. It is distinguished from wakefulness by a decreased ability to react to stimuli, but more reactive than a coma or disorders of consciousness, with sleep displaying different, active brain patterns. “

Despite these definitions, sleep is much, much more than either a personalised Hollywood studio or a regurgitated mouthful from a science text book. But we’ll come to that in later blog posts.

First let’s look a bit more closely at what happens when we sleep. It’s a fascinating, panoramic, cycling tour that takes us through five repeating stages until we finally come to the end of our journey and wake up to life’s realism, hopefully all the better equipped by our restorative experience to face the rigors of a new day.

These five stages, or phases of sleep are stages 1, 2, 3, 4, and REM (rapid eye movement) sleep. Obviously, you may say, the sleep cycle begins at stage 1 and moves consecutively through each stage until REM sleep. However, it then swings back again to the beginning for a second cycle, a third and so on.

Each cycle takes 90 to 120 minutes to complete before cycling back to the beginning. In total our brains might experience 3-5 cycles per night, with each stage playing a vital role in our health. The aim of a good night’s sleep is to progress, with zero interruptions, through all these stages, and as many times as possible during a night’s sleep. This is a lofty goal of course, but the take out message here is this: the more cycles we experience per night, the greater the health benefit will be, and the more refreshed we’ll feel when we finally wake up to resume our daily lives.

To begin with, when we first settle down to sleep our brain begins to form fast alpha waves. We feel relaxed, our eye and body muscle activity reduce, and some slight muscle twitching may occur. We are only half asleep or in light sleep, drifting in and out of consciousness and can easily be woken up. If we are woken, we may have some limited visual memories.

We are now beginning our true decent into sleep and brain-wave activity slows down a notch, with the formation of slower theta waves, though there are occasional spurts of rapid waves. At this stage we are not yet in deep sleep, but our breathing and heart rate have started to slow down and eye movements stop. We spend the largest amount of time in this type of sleep, and it is associated with learning and memory.

Stage 3 and 4 on the sleep cycle are very similar. It is the point where we have finally arrived at blissful unawareness, and are definitely in deep sleep. In stage 3 our brains are producing mostly large, slow waves called delta waves with a few smaller, faster waves. By stage 4, the waves are almost entirely delta waves; our breathing and heart rate are at their lowest, and muscle activity is minimal and there is no eye movement. This is definitely not the time to be woken up: we’ll most likely feel awful, befuddled, dazed, even confused and disorientated for a couple of minutes. This is also the stage when some children may experience bed-wetting, night terrors or sleepwalking.

We’ve now been asleep for about 70 to 90 minutes and things are about to take a new turn, to shake up a little and get interesting as we transition into the next event on the sleep cycle: REM sleep.

Our brains become very active, often more so than when we are awake, despite not being aware of our surroundings. This is the time when most of our dreams occur and our eyes begin to move rapidly and randomly under our eyelids. The brain is firing off so many signals during REM sleep that scientists believe this fools the brain into seeing, hearing and feeling things that are not there; strange and wonderful visions that we recount as dreams or nightmares.

It is fortunate that our bodies are in a kind of paralysed state during this time so that we do not act out these incredibly vivid scenes. Imagine what would happen if we acted out our own nightly scripts!

Each sleep cycle changes slightly as the night progresses. The first cycle contains long periods of deep sleep, which you will recall are in stages 3 and 4, and a short REM period. The REM sleep gradually increases in length while the deep sleep decreases until we experience almost only the lighter sleep of stages 1 and 2 by the end of the night.

These stages show how complex sleep is. Although we all experience sleep, few of us would find it easy to describe what it is, for once we abandon awareness, descend into oblivion, and embrace a world of dreams, we walk our dreams alone, experiencing events that are exclusively our own.

The exact reason for sleep also remains an enigma to scientists, despite much research. For example, the amount of energy saved after eight hours of sleep is about the same amount found in a piece of toast, so can it really provide the power to recuperate the body, as some claim?

What we do know is that when sleep is limited the immune system suffers, as do normal levels of cognitive skills – speech, memory, flexible thinking and innovative thinking – so its role in brain development and disease prevention is clearly essential.

Fortunately, sleep research remains an area of great interest to scientists and is garnering increasing attention. We now know that sleep is as necessary to us as food, water or the air we breathe. We also know that losing out on sleep is one of the worst things we can do for ourselves, even though many of us ignore this fact and resist our body’s clamour for sleep. This is often due to our nightly laptop lap-dance and heavy, often erratic, work schedules. The political, health and media narratives of impending disaster unfolding in our world today is also making quality sleep more difficult to achieve, leaving more of us experiencing higher than ever levels of stress and anxiety.

By exploring the important place that sleep has in a healthy lifestyle, I hope that you will be inspired to make it a priority in your life.

I hope that you continue to follow our series on sleep, with the next blog post, “How Much Sleep Do We Need?”

This website uses cookies to improve your experience while you navigate through the website. Out of these cookies, the cookies that are categorized as necessary are stored on your browser as they are essential for the working of basic functionalities of the website. We also use third-party cookies that help us analyze and understand how you use this website. These cookies will be stored in your browser only with your consent. You also have the option to opt-out of these cookies. But opting out of some of these cookies may have an effect on your browsing experience.
Necessary Always Enabled
Necessary cookies are absolutely essential for the website to function properly. This category only includes cookies that ensures basic functionalities and security features of the website. These cookies do not store any personal information.
Non-necessary
Any cookies that may not be particularly necessary for the website to function and is used specifically to collect user personal data via analytics, ads, other embedded contents are termed as non-necessary cookies. It is mandatory to procure user consent prior to running these cookies on your website.
SAVE & ACCEPT