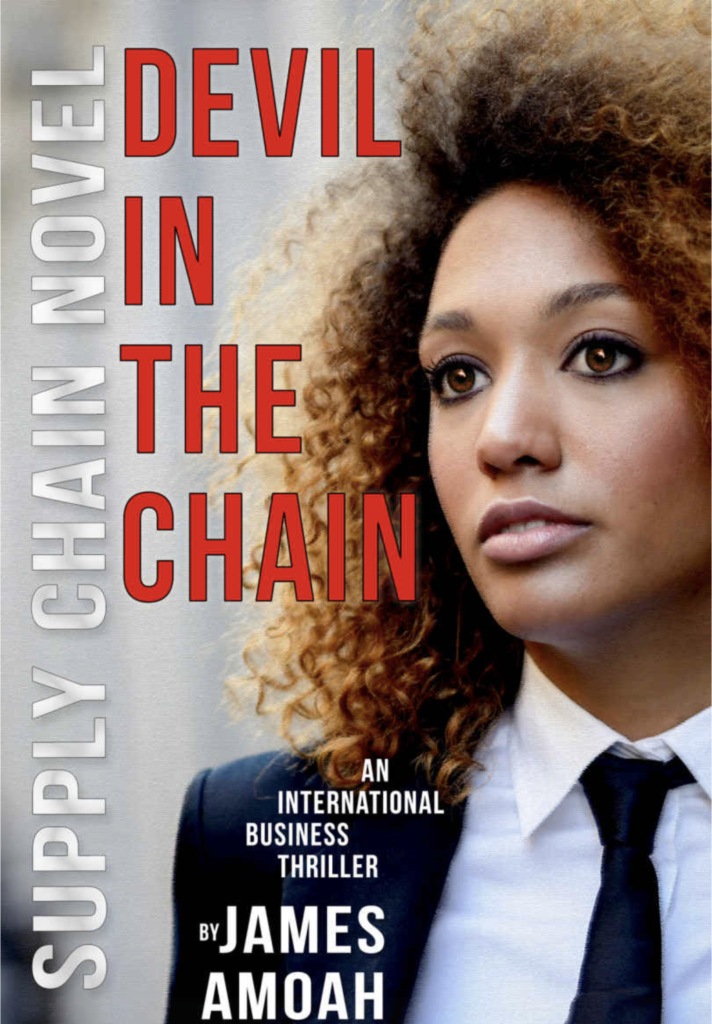 DEVIL IN THE CHAIN

Devil In The Chain is a powerful business thriller set in England and Ghana about the passionate attempts of a family-led company in the international chocolate trade to save their endangered business by applying the principles of supply chain management, from the classic 7 Principles to simulation modeling to kaizen to storytelling and more.

GET IT ON AMAZON NOW 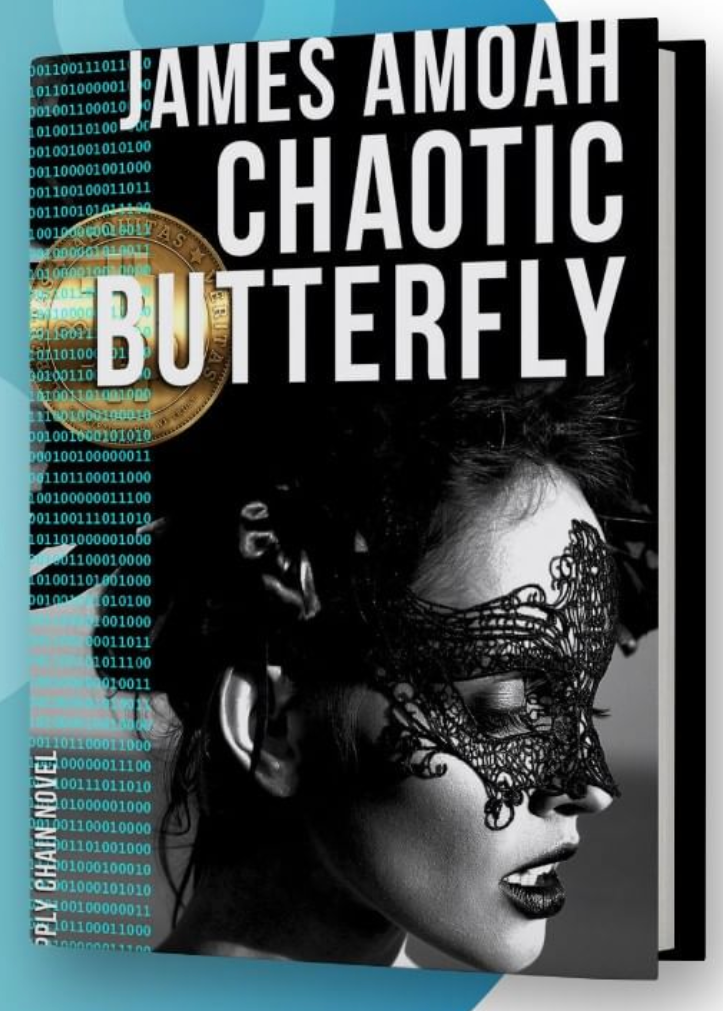 The Anans, a close-knit family of entrepreneurs forging a history-making international business, clash again with a sadistic criminal mastermind bent on global domination. Their battle takes a cast of characters ranging from street children and radical hackers to passionate CEO’s and mysterious hit men; from straitjacketed lunatics and Russian Mafiosi to Chinese security forces and Interpol operatives; from the death cults of the wretched of the earth to the beautiful people on the most glittering heights of wealth, influence and power; plunging them and you the reader into a careening avalanche of thrilling excitement and action.

Chaotic Butterfly–the second volume of James Amoah’s celebrated Supply Chain trilogy–follows the first book in the series, Devil In The Chain, to steer the reader through some of the darkest and most critical aspects of the way the world works now, ranging from global corporate espionage, supply chain disruptions of critical industries, revolutionary blockchain and cryptocurrency innovation, and the ever-looming reality of pandemic bioterrorism. The story fearlessly addresses the reality of political and economic manipulation by the elite, while making clear the extraordinary power and looming threat of apocalyptic emerging technologies like AI.

From the moment that a fiery inferno in Ghana destroyed Michael Anan’s wife and child, he and his family have struggled to build a new and better world for themselves and all working people. But now global players with intricate and evil designs of their own want to pervert their life’s work to further their own twisted ends. The family’s defiance puts their very lives on the line as they endure harrowing car chases and horrific plane crashes, experience high romance and violent terror, fighting to the end to unravel the mystery behind the violent deaths and disappearances of their loved ones and colleagues.

And when the truth is finally revealed, Michael Anan, his wife Naomi, and his children Jo, Jacob, and Benjamin, will face the greatest danger yet, and it may well cost them—and the world— everything.

This website uses cookies to improve your experience while you navigate through the website. Out of these cookies, the cookies that are categorized as necessary are stored on your browser as they are essential for the working of basic functionalities of the website. We also use third-party cookies that help us analyze and understand how you use this website. These cookies will be stored in your browser only with your consent. You also have the option to opt-out of these cookies. But opting out of some of these cookies may have an effect on your browsing experience.
Necessary Always Enabled
Necessary cookies are absolutely essential for the website to function properly. This category only includes cookies that ensures basic functionalities and security features of the website. These cookies do not store any personal information.
Non-necessary
Any cookies that may not be particularly necessary for the website to function and is used specifically to collect user personal data via analytics, ads, other embedded contents are termed as non-necessary cookies. It is mandatory to procure user consent prior to running these cookies on your website.
SAVE & ACCEPT
Book A Meeting